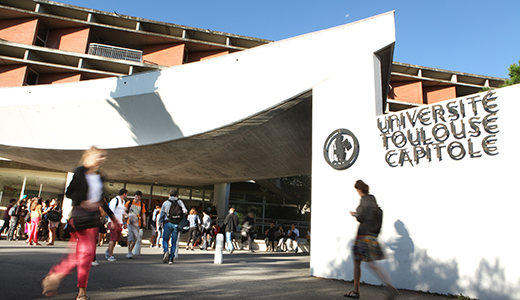 The ENGAGE.EU Expedition is a one-week intensive program and learning experience for students to contribute to societal transformation. By engaging in this international co-design program, you will contribute to real-life societal transformations. Starting with the idea that you want to create impact during your study and invest in your own development of personal identity and employability, this program offers you formal and informal learning in context, together with the (local) ecosystem of the ENGAGE.EU partners. The collaborative program focuses on creating value for society and uses the framework for innopreneurship as guiding principle. You will work with other students in teams together with experts and mentors on challenges presented by societal partners of the University of Toulouse 1 Capitole ENGAGE.EU Lab. Through design-thinking principles you are guided towards mission-oriented solutions and simultaneously work on new skills. 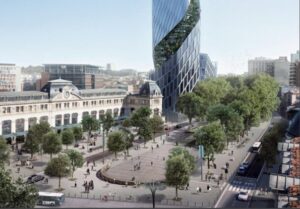 What is a smart city?

It is the new approach of a classical issue: making a “good” city, with the help of digitalization and with environmental purposes, “Smart” refers to smartphones, and like a smartphone, a smart city has two characteristics:

The smart city is a city where the administration has an integrated point of view and optimizes the public services by their interconnection. That’s what is called ‘smart grid’. Data is at the heart of the smart city, which can contribute to better steering.

A smart city is not only a new city, made in the desert, but also a process for actual cities, old – like Toulouse – and less old.

Toulouse Métropole (800 000 inhabitants in 37 municipalities – 5th urban area in France) welcomes 20 000 citizens per year, since more than 20 years. It increases fast and policies must address the problems raised by this urban growth: transport, flows, intermodality, housing, services… with a smart city approach.

The upcoming opening of the high-speed line will lead to work on the train station itself and the entire train station neighborhood, at the very heart of the city. This is a profound transformation that is taking place. While renovating and redeveloping the neighborhood (vertical densification in particular), Toulouse Métropole wishes to preserve the social mix, the diversity of activities (economic, cultural, social…) and to have positive impacts on energy, climate, environment.

The issues raised may address several themes such as:

Challenges coming from other partners could be integrated by November.

For students: Students, as part of a team, will connect with stakeholders to develop an understanding of the issue. They will get an insight on how stakeholders have addressed the challenge so far. Students can integrate their knowledge into the process of working on the challenge and develop a strategy to tackle the issue addressed. In the challenge, students move beyond the four walls of the classroom and will involve community-members in their work. Students develop, in addition to specialist knowledge, numerous other skills such as research, cooperation, dealing with uncertainty, solution-oriented thinking, organization and communication. And they give free rein to their creativity.

For stakeholders: Improving living conditions in urban spaces is an ongoing goal for municipalities. At the time of digitalization, of AI, cities have at their disposal an arsenal of technologies. But Technology does not solve everything. The weekend expedition gives project leaders the opportunity to re-question these choices, to take back the heights of sight, to inject a new creativity with the help of young adults, citizens themselves, from very varied culture and training.

The challenge is open for bachelor’s students in their last year and master’s students. Check application requirements for details. You should be eager to combine theory with practice and to improve both. You are ready to step out of your comfort zone and learn new skills.

Groupwork in interdisciplinary and international teams. Students should be able to travel to Toulouse, France, from Sunday 27 November to Friday 2 December 2022. There are mobility scholarships available for selected students. A social program for participants is being organized with Toulouse Métropole, the ESN Toulouse network and the ENGAGE.EU Toulouse Board of Learners.

The University of Toulouse 1 Capitole does not have students residence halls of its own. We’ve booked rooms in the hostel La Petite Auberge de Saint Sernin, 5 min walk from the university and historical center. Price is €24/per night. We offer each participant 30% of this accommodation. Please note, you will be sharing your room with other students (max 8 per room). Should you take advantage of this opportunity, please specify this below. You will pay directly the hostel when leaving. There is no breakfast proposed by the hostel but you can easily do it by yourself (the hostel is well equipped) or have it at the university restaurant. You are not obliged to make use of this hostel, but possible other arrangements need to be made by yourself.

You will have the opportunity to partake in a social/cultural program in Toulouse. There will be time to socialize in the evening and explore the city’s (night)life. The ENGAGE.EU Expedition will start on Sunday afternoon, in order to get to know each other, by visiting Toulouse city center (escape game for example) and soaking up the atmosphere of the Southwest of France and of the „Pink city“.

The ENGAGE.EU Expedition@Toulouse edition is targeted towards bachelor’s students (in their third year) and master’s students of any citizenship who are enrolled in an ENGAGE.EU alliance university (University of Mannheim, LUISS University, NHH Norwegian School of Economics, Tilburg University, University of National and World Economy, University of Toulouse 1 Capitole, Vienna University of Economics and Business). Students from diverse backgrounds (such as business, economics, law, social sciences, humanities) are encouraged to apply, if you have a significant interest in the proposed challenge, you want to contribute to societal transformation, you want to gain new skills, and you want to enter an inspiring and pioneering week.

To apply to the ENGAGE.EU Expedition candidates should provide:

Submitted applications are evaluated by the academics and staff working in the ENGAGE.EU Labs. Candidates will be evaluated based on their motivation letter and CV. In order to ensure equal participation among students from the different partner universities, the selection committee will aim at choosing three to maximum five students from each partner university. Final decisions also consider a range of criteria for cohort composition, including but not limited to disciplinary balance, institutional diversity, and demographic diversity.

In order to complete your application, you will have to fill in the application form below and upload CV, academic records and motivation letter (in Word or PDF format), together with:

Applications must be submitted by 23 October 2022 at midnight CET. All documents must be in English, except for those regarding the academic records (which can be in any language of the partner universities).

Results will be communicated by 30 October 2022.

Information on how to apply for scholarships will be shared with the selected students.

For questions, please send an email to expeditionengage@ut-capitole.fr

We use cookies on our website to give you the most relevant experience by remembering your preferences and repeat visits. By clicking “Accept”, you consent to the use of ALL the cookies.
Cookie settingsACCEPT
Manage consent

This website uses cookies to improve your experience while you navigate through the website. Out of these, the cookies that are categorized as necessary are stored on your browser as they are essential for the working of basic functionalities of the website. We also use third-party cookies that help us analyze and understand how you use this website. These cookies will be stored in your browser only with your consent. You also have the option to opt-out of these cookies. But opting out of some of these cookies may affect your browsing experience.
Necessary Always Enabled
Necessary cookies are absolutely essential for the website to function properly. These cookies ensure basic functionalities and security features of the website, anonymously.
Functional
Functional cookies help to perform certain functionalities like sharing the content of the website on social media platforms, collect feedbacks, and other third-party features.
Performance
Performance cookies are used to understand and analyze the key performance indexes of the website which helps in delivering a better user experience for the visitors.
Analytics
Analytical cookies are used to understand how visitors interact with the website. These cookies help provide information on metrics the number of visitors, bounce rate, traffic source, etc.
Others
Other uncategorized cookies are those that are being analyzed and have not been classified into a category as yet.
SAVE & ACCEPT